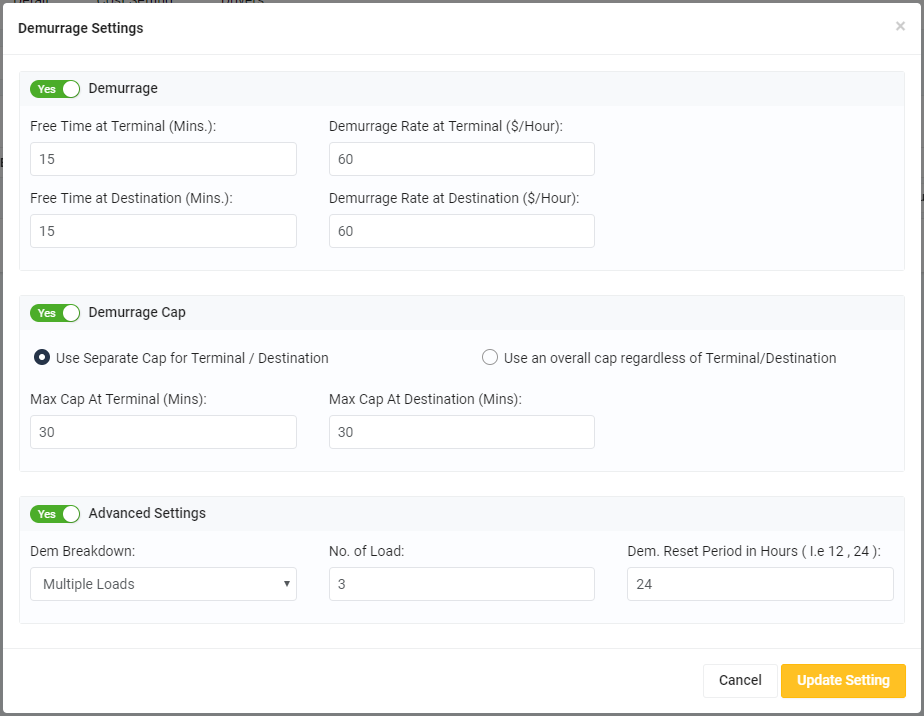 No. of Loads - Amount of loads available for demurrage within a certain time frame before demurrage is cancelled out

Dem. Reset Period in Hours (i.e. 12, 24) - Designate the reset period for demurrage to begin accruing again (Based on Appointment Time)

If driver Bob finishes his day after his second load and waits 24 hours after his first load to start back up, his demurrage is good and will be paid.

If driver Bob goes for a third load with an appointment time of 10am, the demurrage from all 3 loads will be cancelled out and he will receive $0 demurrage because he went over the load cap.

Did you find it helpful? Yes No

Send feedback
Sorry we couldn't be helpful. Help us improve this article with your feedback.